Get the Free Video Training:”Master Your Email: Inbox Zero Training”

How Nick Burton Made 6 Figures His First Year in Farming

Nick Burton, the owner of Victory Garden Farms and Victory Lunch Club in Paris, Texas, is one sharp businessman who agreed to share as many of his success strategies he employs on his small protected culture farm (greenhouses, indoor grow room, high tunnel) as he could in the 30 minutes we allotted.

He’s one of very few farmers who became profitable after the first year of farming, quickly surpassing the 6 figure mark on his just under 5,000 square foot farm!!

Listen for Holes You Can Fill in the Marketplace

Nick says he “fell into” farming when he had a landscape business and the restaurant accounts that he did landscaping for talked him into supplying them with some fresh lettuce.

It turns out it was the perfect opportunity as he knew that the physical demands of his landscaping business would eventually take their toll and he needed to plan for a new career.

Being the multi-passionate entrepreneur that he is – Nick owns several businesses – he soon realized he’d be bored to tears just growing lettuce so one day he started messing around with creating salad packs and selling them through a couple of local gyms.

Since Nick loves food, loves to cook, and enjoys a fine-dining experience when possible, he kept those values on the top of his mind while creating salads for his customers.

I”m honored and excited to bring you this super-informative interview with Nick.  Inside the video you’ll learn:

I’ve gone through this video several times taking notes for today’s post, and I learn something new each time I watch & listen, and I know you will too!

This site uses Akismet to reduce spam. Learn how your comment data is processed.

Next post: Top 5 Farm Marketing Trends to try this Summer

Previous post: This Farmer’s Method For “Paying It Forward” to Grow Her Business 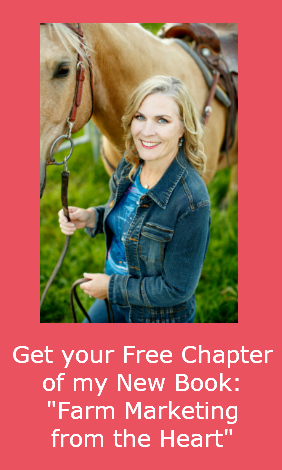 Get the Free Video Training:”Master Your Email: Inbox Zero Training”